Contact the company
Website
Share
Boffi is globally renowned as a brand linked to the world of design kitchen and bathrooms, with collections of a unique style and a strong personality that transform a kitchen or a bathroom into the centre of a home and of our daily life. In its history the brand can boast three very famous art directors namely Luigi Massoni, Antonio Citterio e Piero Lissoni. Together with them, Boffi has developed a sophisticate array of products that has been able to conquer the international market over the years.
The 60 single brand showrooms located across the world and the various retails guarantee the customers a qualified personnel, able to transform any aesthetic requirements in ideal and bespoke solutions in line with Boffi strategy and through the customization of shapes, dimensions and materials.

The history of Boffi in the Italian design

The first Boffi artisan business was founded in 1934 by Piero Boffi. However, it was only in 1947, when his three sons joined the company that the real factory was born. In the ‘60s under the guidance of the first art director Luigi Massoni revolutionary projects took shape, among which Joe Colombo’s Minikitchen, exhibited at the Moma museum in New York. The launching of the collection dedicated to the bathroom and the collaboration with Antonio Citterio who signed the Factory collection date back to the ‘80s. In 1990 Piero Lissoni became the new art director. From that moment on, thanks to the business strategy and to his creative and innovative wit, the brand started its endless ascent into the international market, which reached its apex with the prestigious Compasso d’Oro for the career awarded in 1995.

Several Boffi flagship stores sprouted in Italy and across the world, first among those abroad, the one in Paris. In Italy the store in Milan, in the Brera neighborhood, was the one that perfectly reflected Boffi style. The kitchens, the bathrooms and the new wardrobe systems were all displayed in a way to show an example of the versatility and complexity that characterize Boffi production. In parallel with the flourishing of single brand showrooms around the world, Boffi has collected plenty of acknowledgments over the years. In 2004 the Cut taps collection won the Red Dot Design Award, while in 2007 the Table System kitchen signed by Piero Lissoni was awarded the Good Design Award. 2010 was the year in which Aboutwater was launched, the collection of bathroom taps and overhead showers born from the collaboration between Boffi and the Fantini company. Another eminent collaboration was the one with the De Padova company, which resulted in 2015 with the fusion between the two brands in one group. An excellence in the scenario of the Italian design, the group was born with the intention to expand each brand visibility and widen each market of reference to all the furnishing categories in the domestic and contract domain. 2017 saw the partnership with the Danish start up MA/U Studio, a young producer of innovative furniture solutions and shelves systems for the home and office environments. In the most recent years, Boffi has also opened to the outdoor furnishing with a series of products conceived to be used both indoor and outdoor.

Boffi production between tradition and innovation

A nexus between creative passion and innovation, with respect to the tradition, Boffi created kitchen collections apt to be customized and tailor-made thanks to a large variety of formats and finishes and to the top quality materials available on the market such as wood, steel, stone and marble. Next to those, bathroom fixtures and bathroom taps and avant-guarde appliances form a complete and comprehensive offer. With 60 single brand showrooms spread over 60 countries in the world, Boffi also offers a service of project development, advising and assistance able to sort out any aesthetic, technical or functional problem in the most ideal way.
Sustainability is ever since a dear aspect to Boffi. Sustainability is approached not only as related to the environment, but also from an economic and social angle. As a matter of fact Boffi works in synergy not only with all its employees, but also with its territory of belonging, Brianza, which traditions and values it strongly cherishes. This harmonious climate also invests the interactions with designers, suppliers and customers at 360 degrees. Boffi is solidly bound to its territory and makes of sustainability its added value, together with creativity, innovation and entrepreneurial wit. Sustainability is core to any choice made by the company, at all levels of planning, production and control. Boffi complies with all the rules on environment in force in all the countries where it operates. The objective is to make the final product a sustainable one, improving its environmental performances thanks to innovation, as not uniquely related to the product, but also to the work methodologies and managing systems. ... More ... less

The system is enriched with new solutions and finishes

The novelties for 2019 on show in the Via Solferino spaces

“When water meets...”. A Chess Game With the Past

“When water meets...”. A Chess Game With the Past 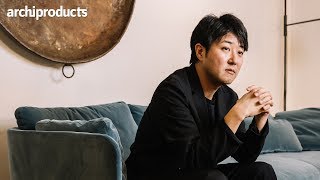 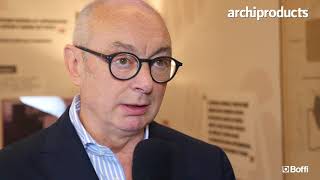 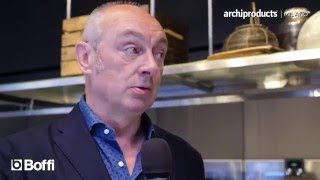 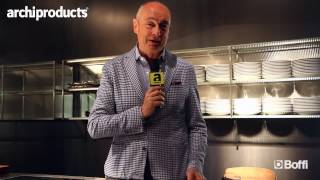 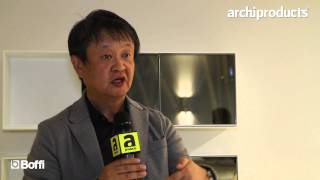 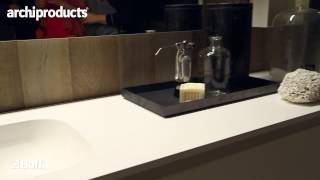 Subscribe to our newsletter! Don't miss out the latest news on the Architecture and Design brands and products and immediately receive a 20% discount on your first purchase.
Follow us on
© 2020 Archiproducts.com - P.IVA IT05611580720 - ROC 21492 | REA BA 429007
Privacy Cookies Terms and Conditions of Use RSS News RSS Products Site Map
This website uses technical, analytical and third-party cookies, in order to send you advertisements in line with your preferences. For further information about cookies read our Terms of Use. By closing this message, scrolling this page or clicking on any of its elements you are giving your consent to the use of cookies for the purpose described above.
AV导航第一福利网